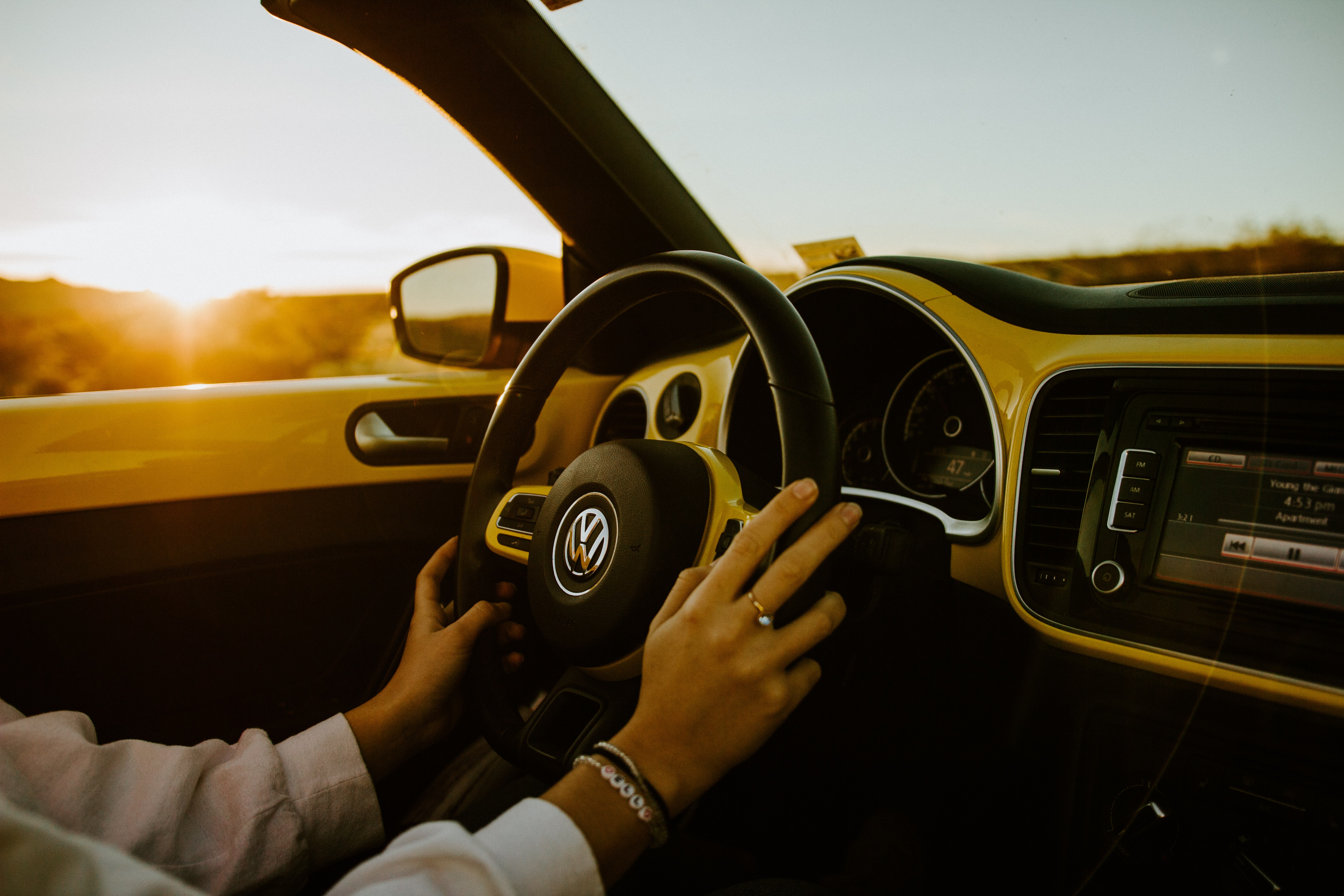 SoMin worked with Volkswagen Taiwan and their media agency, PHD, to find and reach new, high-value audiences while lowering the cost of their Meta campaigns. 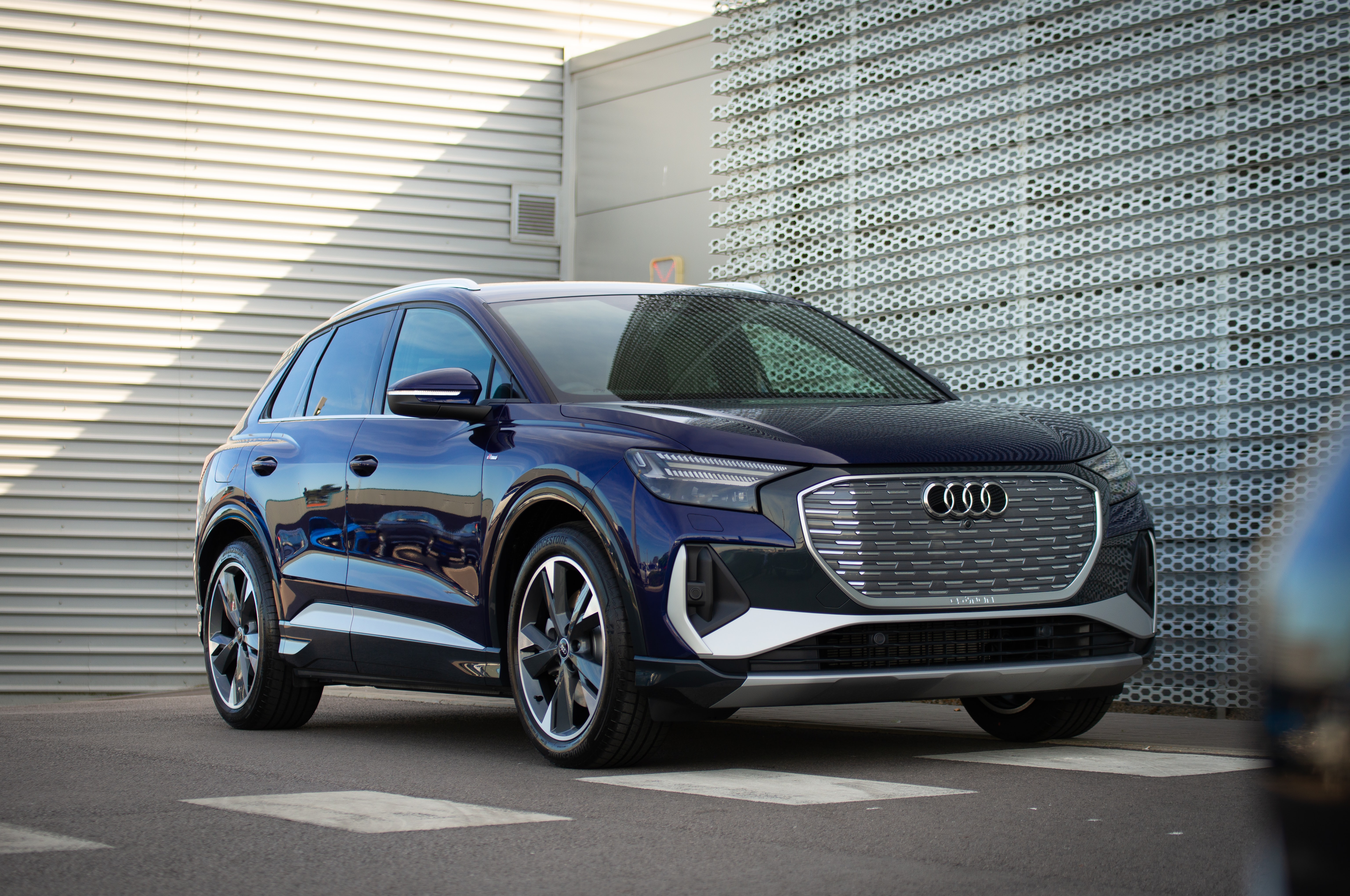 Helping Audi and PHD discover new interest groups outside of their typical target market and gain a new perspective on their personas from the perspective of an AI. 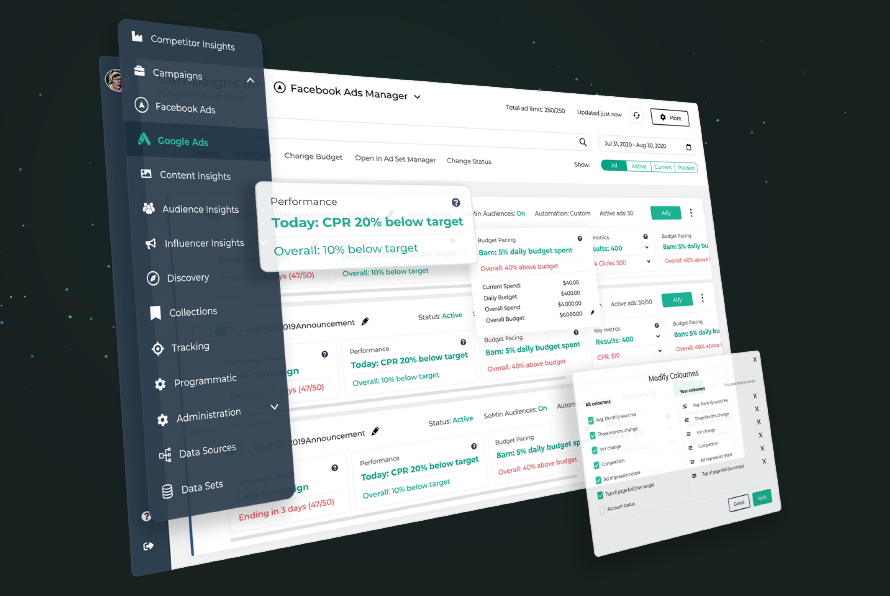 Of Marketing & Machines: Understanding AI and How It Can Boost Your Digital Marketing Results 09 January 2023

Having an AI platform at your disposal can certianly benefit your brand, whether it's to improve conversions and boost sales, meet customer expectations, or streamline your company's workflow. However, without a proper comprehension of what AI is, it may result in costly mistakes and impede the expansion of your business. Hence, this article aims to clear any queries you may have about AI and serve as a launchpad for your company to explore the wonderful world of AI-driven digital marketing campaigns.

As a sporting goods store, selling to a wide range of customers can be a good way to make money, but it can be hard to market. However, with a limited budget, figuring out which sporting goods and brands to use and who to target in order to get the highest advertisement ROI can become a guessing game. That's where Sportmaster was, and here's how SoMin's AI-powered solutions helped Sportmaster increase conversions and reach their marketing goals. 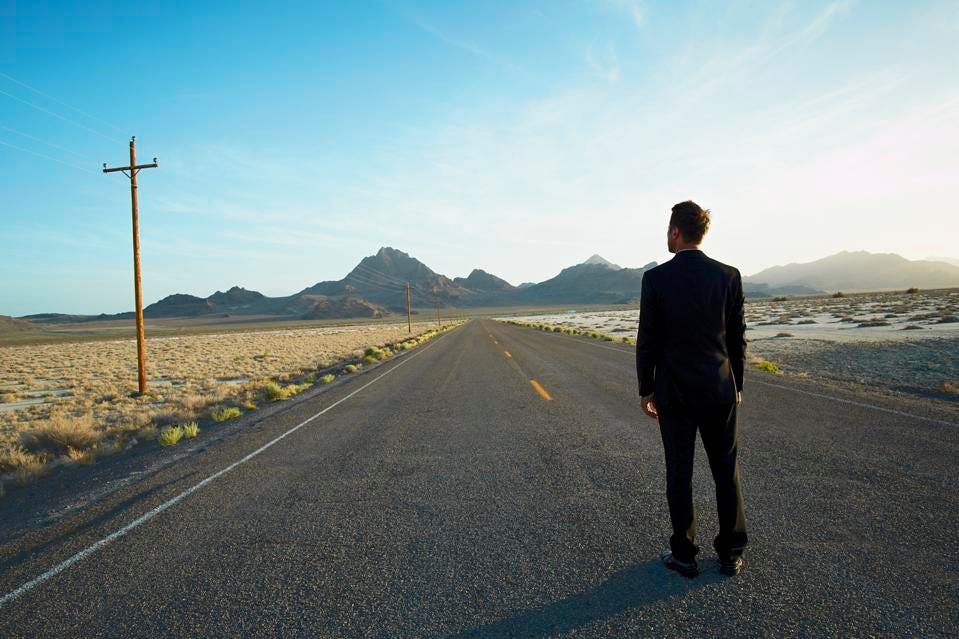 I grew up during the fall of the Soviet Union. Many people lost their livelihoods and were thrust into poverty. Because of that, my family could only afford to send me to an average local literature school instead of a mathematics or economics lyceum, which are specialized schools that open opportunities for their graduates.

Unlike kids in other parts of the world, I didn't have many opportunities to explore hobbies. Still, I eventually picked up the button accordion and ballroom dancing, which surprised my parents, as they weren't musically inclined.

Although I excelled in my extracurricular activities, my school grades took a slump. I barely achieved the minimum, which prompted my father to give me an ultimatum that shook me to my core: Either I work hard and get into a university or be forced to join the military and serve in the Chechen War. 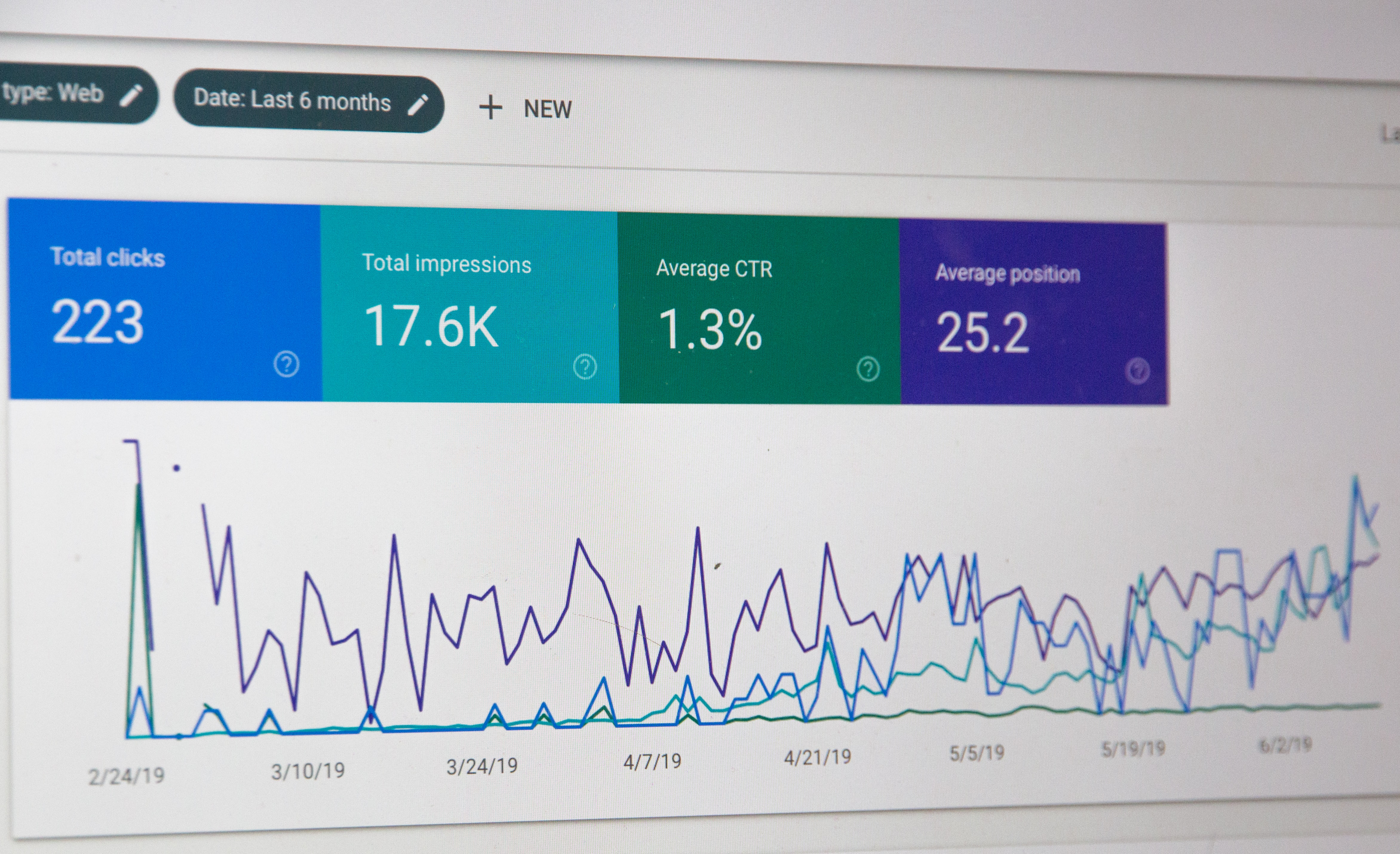 The digital marketing space has evolved into a complex and costly ecosystem that requires a significant amount of finesse on the part of brands in order to navigate intelligently to reach potential customers around the globe. Through a firm grasp of the benefits of utilizing long-tail targeting for digital advertising campaigns and the clever use of SoMin.ai’s platform, businesses will not only be able to reach the shores of their designated clientele but also allow for greater leads and conversion rates to increase brand growth and visibility. 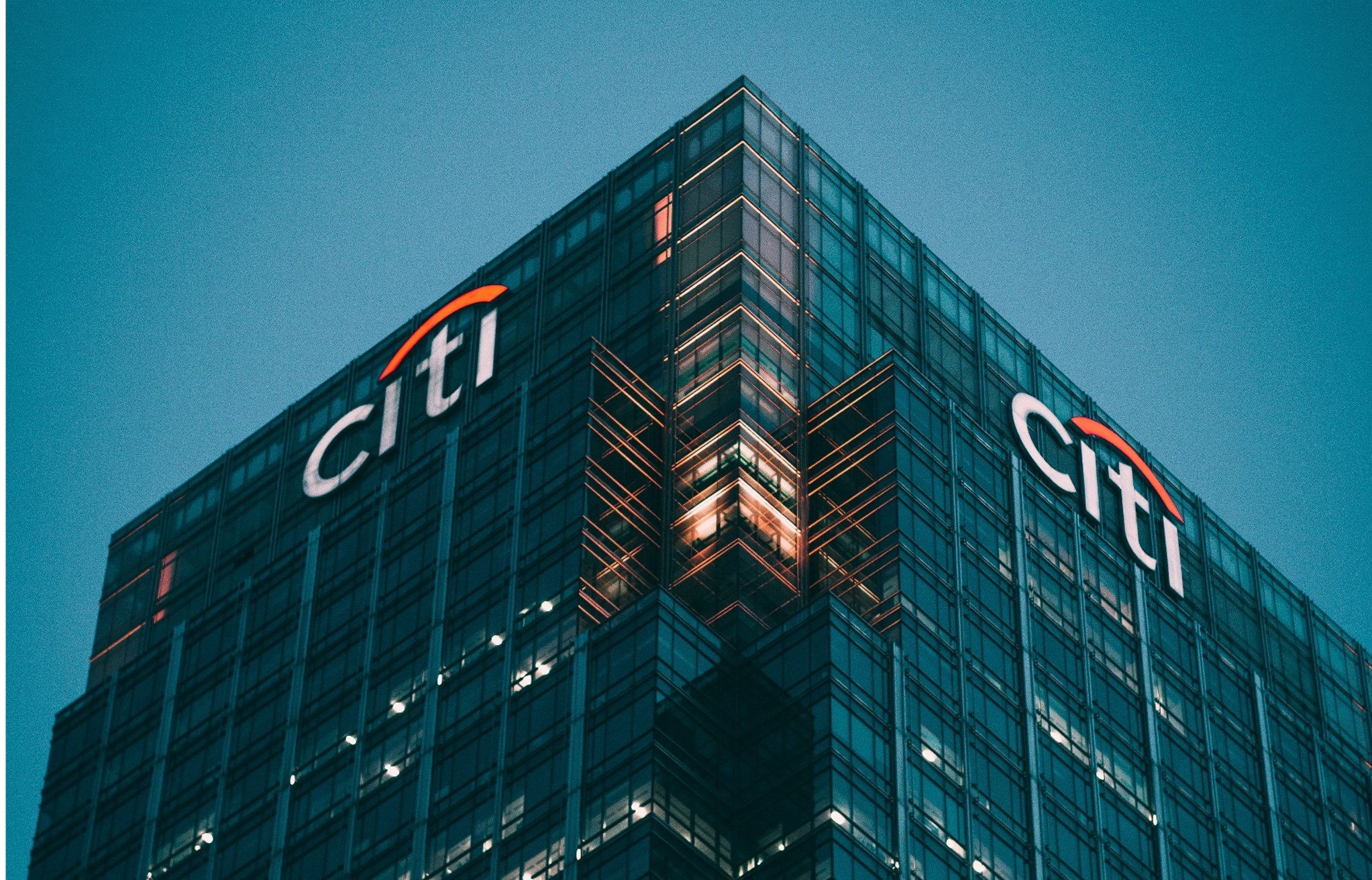 Lead generation is a complex, challenging, and arduous process, more so for the banking industry. Identifying consumers who need financial services is no easy task as these behaviors are very personal and varied. This post looks into how SoMin used deep learning to handle these nuances and drive consumer growth for Citibank CEE. 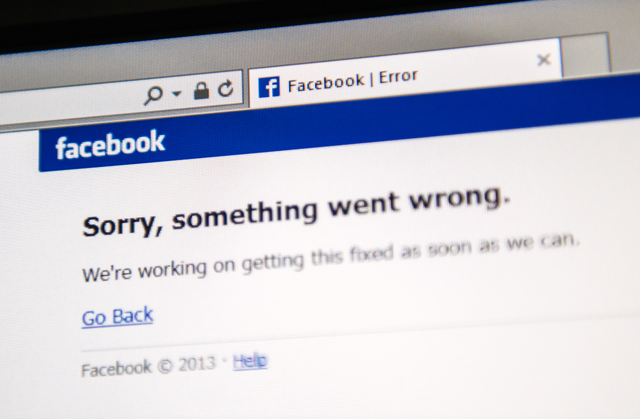 Did the 4th October Facebook outage affect your campaigns? 12 October 2021

Facebook “went missing” from the Internet for a few hours on 4th October (UTC). This article helps you understand why the global Facebook outage happened, and whether your ad campaigns were affected. 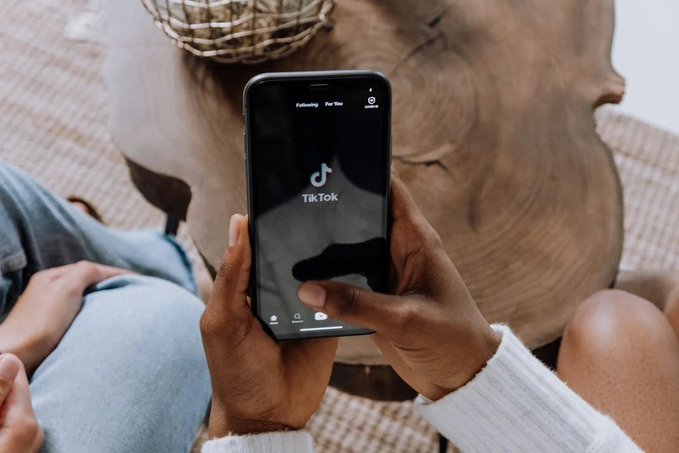 If you are running Facebook ads, you will find many similarities between Facebook and TikTok Ads Manager dashboard and user interface. To see impactful growth in your TikTok ad campaigns, the best way to optimize them is by using the data-driven methods. 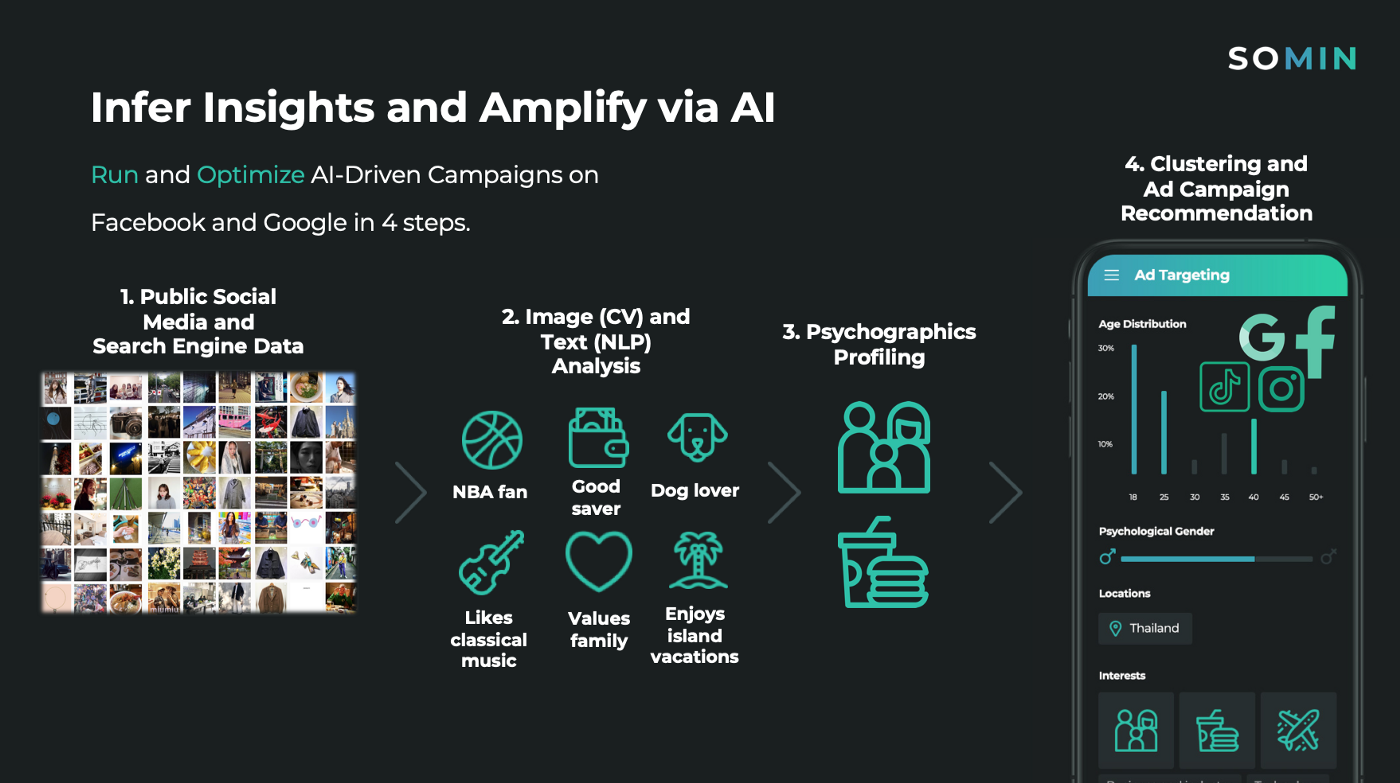 At SoMin.AI, our mission is to transform the industry of Performance Media Buying to let Ads Generate Sales, but not just Clicks. We see these transformation happening via AI automation, Large-Scale Long-Tail Targeting, Content Generation, and analytics-driven decision making. 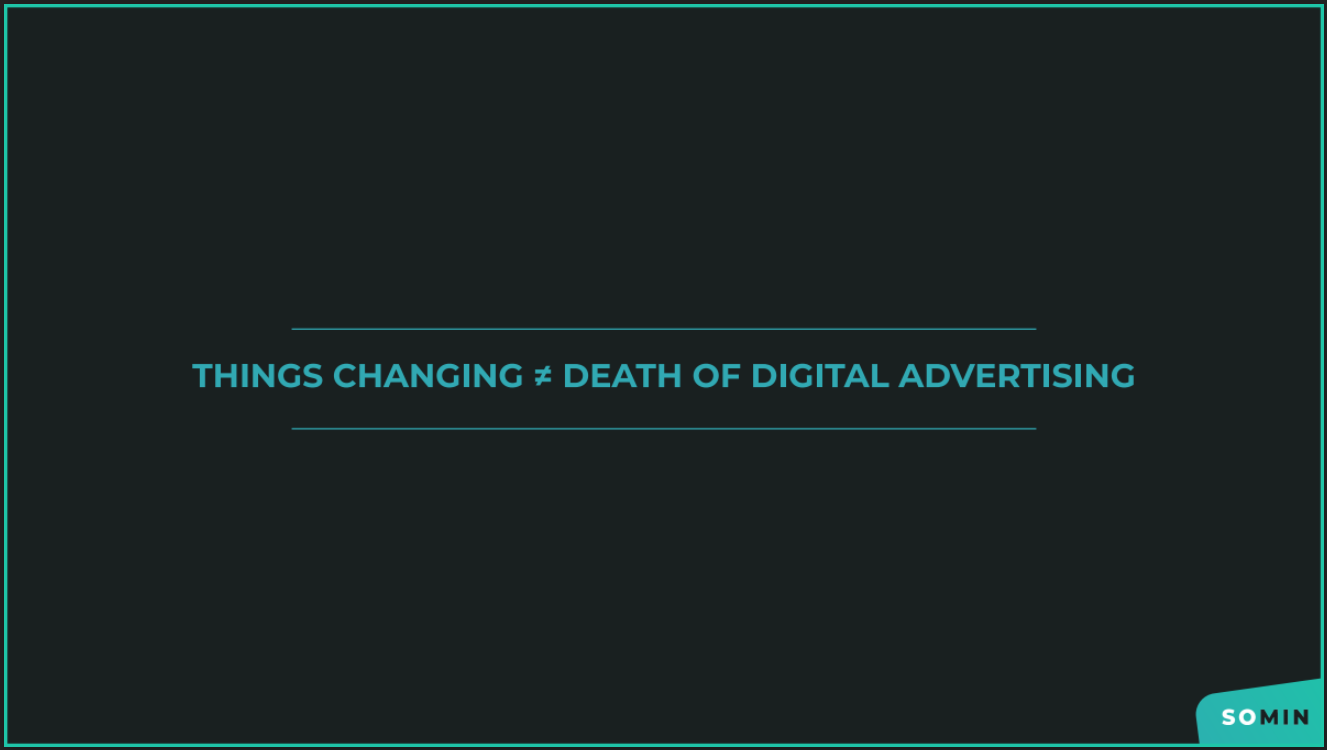 iOS 14 Updates Part 2: How We Can Embrace and Tackle the Main Impacts of Apple’s Privacy Change 17 March 2021

This article will provide you some news on the recent iOS 14 privacy update that sent digital advertisers around the world into a frenzy. However, in the midst of uncertainty, a solution or workaround will always be there.

Here is a summary of all the things we would recommend to get every marketer ready and prepared for the future with iOS 14 privacy updates.

With that being said, we still support advertisers on Facebook and Instagram. These platforms are still going to be one of the biggest players in digital advertising, so we should not be too concerned or worried about changes like this. 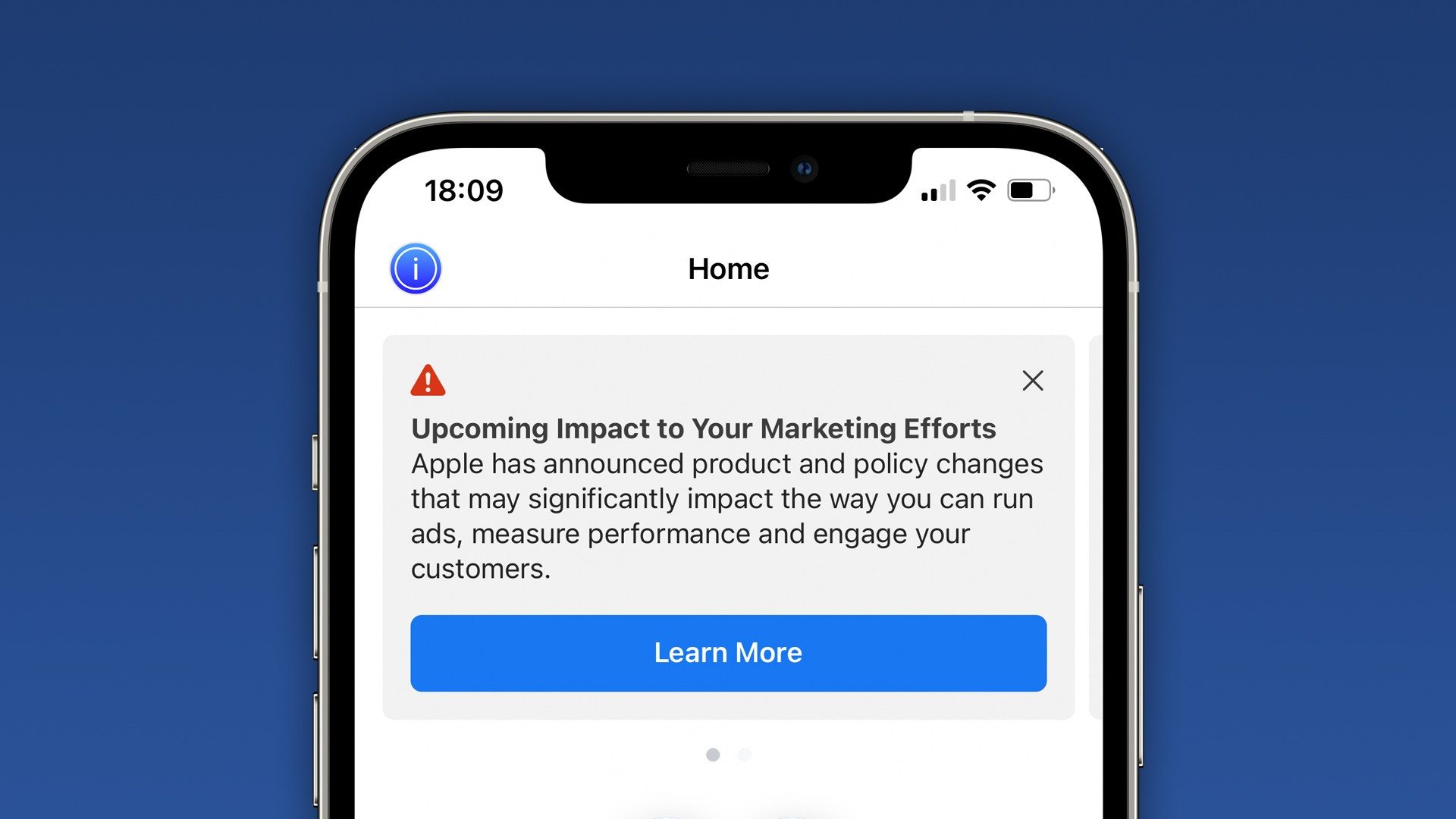 When Apple rolled out iOS 14, it came with the possible implementation of new privacy features. A simplified explanation of how it works - if you’re an iOS user, when an app is aiming to use your data you will be prompted a choice wether to allow it or not.

Now, the other big tech companies are not happy about this. Their grief stems from the fact that many of the technologies of today rely on the data sources that Apple users may deny.  Facebook specifically, has been very vocal on how they oppose this change - claiming it damages small businesses.

While Facebook being the champion of small businesses is debatable, they are not wrong when they say that it changes things. Facebook, being a company that monetizes Apple’s customers, needs to adapt and change how they do things. This in turn, will affect many businesses as they rely on Facebook advertisements to drive their bottom lines.

With these coming changes, what's important for advertisers is to know and understand what to expect in the next coming months. 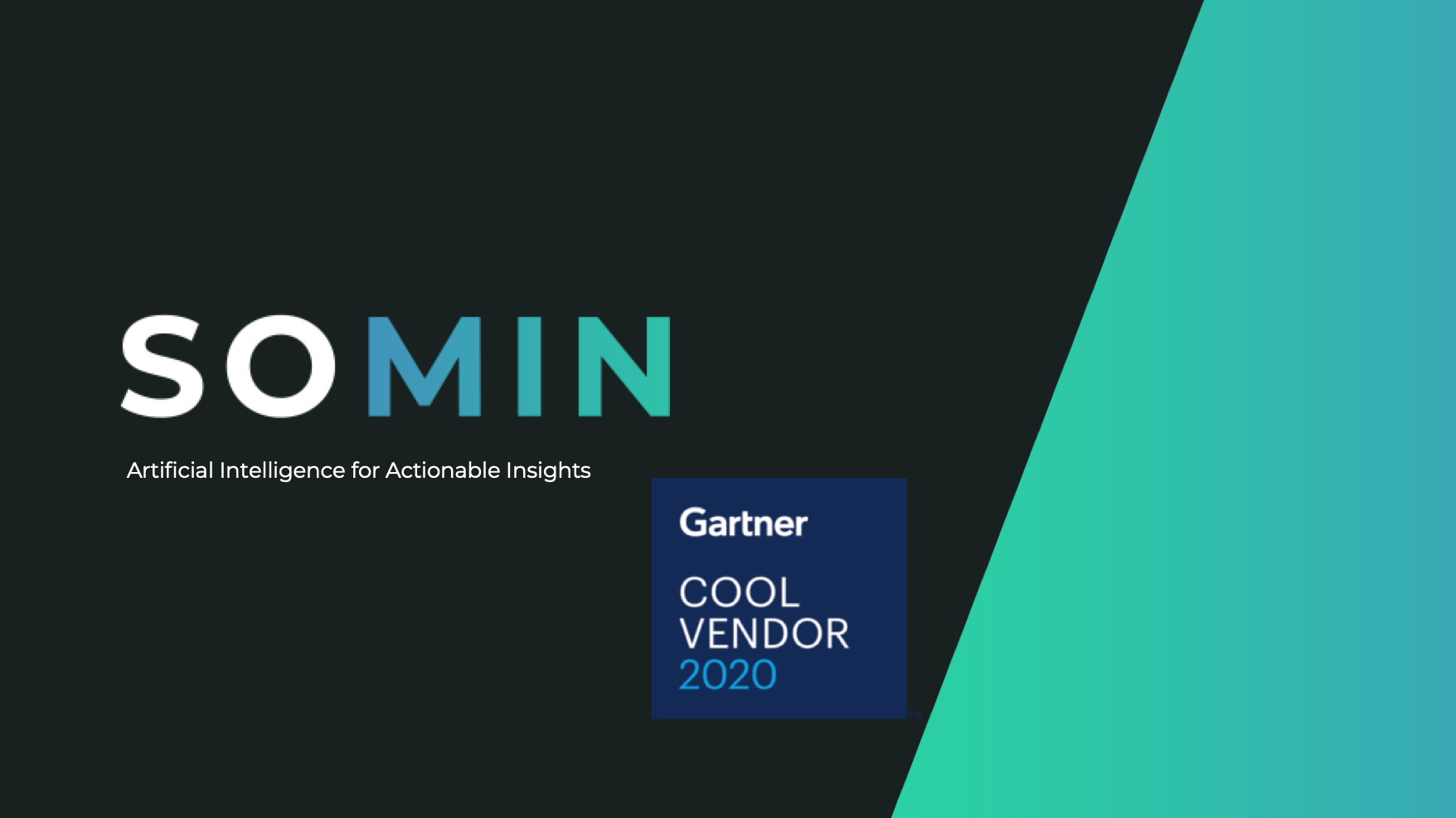 Gartner, one of the World's leading business research advisory firms, has named SoMin.ai for its prestigious "Cool Vendor" award in the "AI for Marketing" category. Previously, Gartner's Cool Vendor list has listed Zoom, Persado, Datorama, and other leading SaaS platforms worldwide. SoMin.ai has been recognized for its introduction of Long-Tail Targeting and AI Ad Optimization technology into Digital Marketing space, allowing Facebook, Google, and TikTok advertisers to run their Digital Ads with minimal human effort and at a previously unachievable scale. 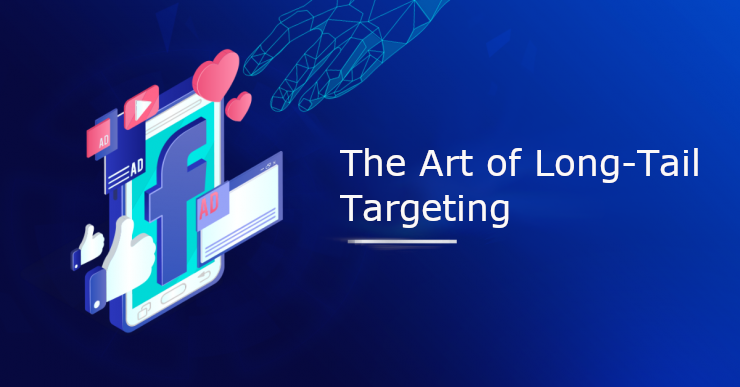 The Art of Long-Tail Targeting, or Can a Pigeon destroy the Empire? 02 March 2020

Imagine, you could reach the same customer but through his/her other, not very common, interest that is still very relevant to the person?

In case if it is much cheaper to reach me via “Accordion” interest, why would you pay for reaching me through the “Marketing and Technology” interest which is so much more expensive? 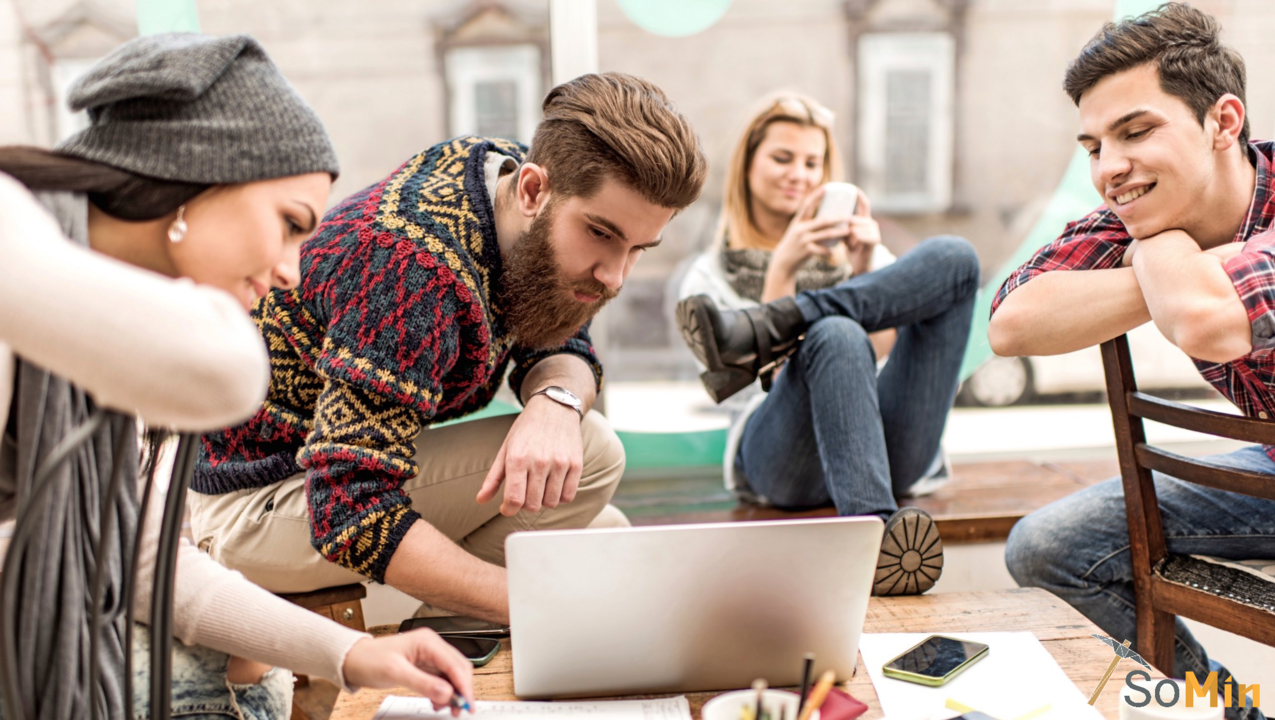 AI Can "Find 'Em All": A Case Study on Finding Social Media Influencers for Brands 16 January 2019

The past decade has testified the rapid growth of the Internet. One can observe the drastic expansion of social networking services, where millions of users publish and consume information regularly. Built upon such growth, the social media marketing industry has correspondingly developed its capabilities of helping marketers in content personalization and deliverance. However, the growing amount of irrelevant content, such as unrelated advertisements and spam, made social media users more and more reluctant towards perceiving sponsored search results and online advertisements, such as "Google AdWords'' and "Facebook Sponsored Ads''...